Spending your holiday at the seaside in Misano Adriatico is certainly nice and relaxing; it is exactly what you need to rest after work.
The sea tranquillity, right opposite Hotel Ambasciatori, healthy sport at our beach, delicacies of the romagnolo cuisine in our restaurant could make you wish nothing but staying here, in this peaceful oasis along the sea of the Riviera Romagnola.
In fact, you can do it whenever and as you want it, even if it would be useful to remember that the surrounding areas too offer great ideas about what to do and visit near Misano Adriatico.

Heading south you will get to the town of Cattolica, which on the borders with Gabicce Mare (in the Marche), represents the last town of the Riviera Romagnola. Don't miss a visit at the Aquarium "Le Navi", the biggest of the Adriatic coast.

Famous for being called The Gree Pearl of the Riviera, Riccione is well-known for its various trendy pubs, exclusive discos, famous shopping streets, such as Ceccarini Avenue and Dante Avenue. During the summer, lots of events and surprises are organized.

In memory of Marco Simoncelli, famous bike rider, the circuit of Misano, a few minutes from our hotel, every year attracts millions of bikes aficionados for the San Marino and Rimini's Coast motorcycle Grand Prix, but also for other events and safe driving courses throughout the year.

Gradara is a wonderful medieval village located in the countryside, just behind the Natural Park of Monte San Bartolo, in the Marche. Inside its castle, according to the legends, the anguished love story of Paolo and Francesca, told by Dante, took place.

Apart from religious tourism, there is sports tourism too. Tavullia is a great example as every year it is the destination of thousands of bike aficionados coming here, during summer holidays, to visit the hills where Valentino Rossi was born and has grown up.

Rimini was well-known and visited well before becoming a famous touristic destination. Here, the Romans built magnificent monuments such as the Arch of Augustus, the Malatesta Temple and the Tiberius Bridge. Walking around the city will make you feel its history, still fascinating and full of curious stories.

Among the other villages that are worth visiting, we suggest San Marino (24 km), with its thousand-year-old history of Mount Titan, Santarcangelo di Romagna (27 km) and its wine and food delicacies, Verucchio (29), Urbino (40 km), San Leo (45 km) and many more. 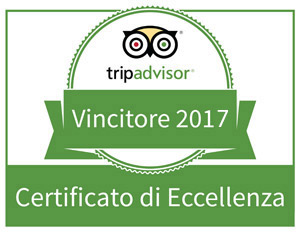 Having stayed in 2015 it was an obvious choice to return along with friends this year, this hotel is perfect! Andrea and staff, so welcoming, helpful and friendly. The rooms.... Couldn't find a fault with them good...
5 out of 5 stars - Reviewed 08-09-2016

My wife and I recently visited the hotel again together with another couple on their first visit to Misano. Due to the Lufthansa pilots' strike on September 9th our original plan to fly from Frankfurt to Bologna was...
5 out of 5 stars - Reviewed 19-09-2015

My wife and I recently visited the hotel again together with another couple on their first visit to Misano. Due to the Lufthansa pilots' strike on September 9th our original plan to fly from Frankfurt to Bologna was...
5 out of 5 stars - Reviewed 01-07-2015

It was so nice in this hotel. Thank you for nice holliday :). Sure, we will come again. We want to say thank you for your services and the other... Specialmente we appreciate hotel location, helpul staff .
All Reviews